News - The business opportunity of the claw machine is incredible

In life, I believe that many people go to shopping malls or theaters and encounter a Claw Crane Machine  at the door, and they can’t help but have a question in their hearts. Can such a big shopping mall have two Claw Crane Machine s make money? Merchants, and some people may ask, dolls How much is the cost of the machine and how long will it take to earn back your capital? I believe that not only people outside the industry have these concerns, but many people who have initially stepped into the crane machine business will also think so. 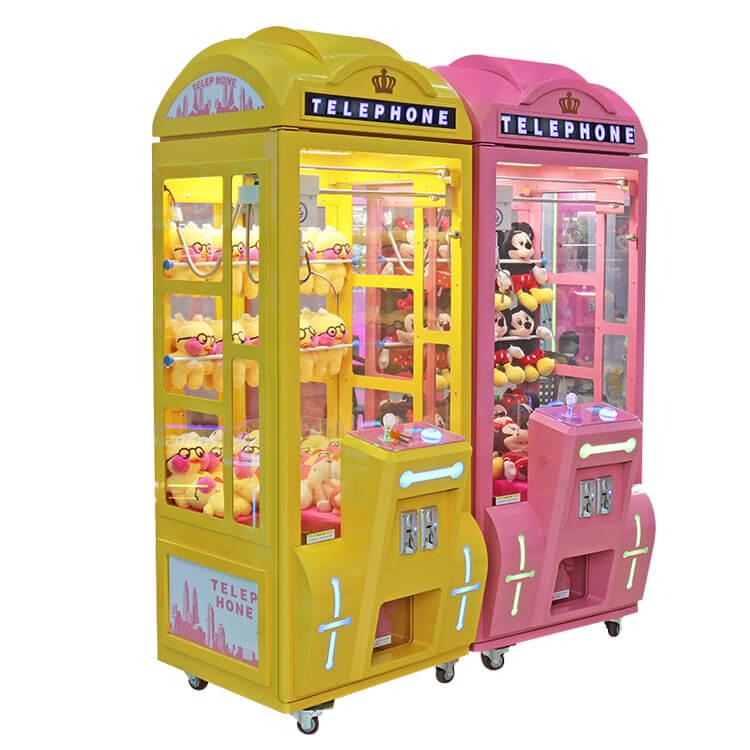 Speaking of claw machine, the first thing people think of is the game hall, but with the continuous progress of social economy, in order to meet the needs of some consumers, many shopping malls, supermarkets and even movie theaters can see claw machine at the door, and feel tired. Sometimes or while waiting in the waiting area of ​​the theater, people can relax through the claw machine. It is mainly aimed at children, but it is inevitable that some young couples can also be seen in front of the claw machine in the shopping mall because of grabbing one. Dolls, and cheering, this kind of scenes greatly shows that the claw machine has officially become a way for young people to entertain.
It is precisely in the upgrading of such consumption scenes that the trend of grasping Claw Crane Machine s began to rise in 2015, first occupying theaters, then shopping malls, supermarkets and other crowded spots. After slowly cultivating consumption habits, operators found that as long as they In places with a lot of people, this game has a good income.
In addition to the demand of the supply side, why is the doll catching game being accepted by more and more people and willing to pay for this simple game? In fact, there is an ambiguous gambling color to catching a doll, and at the same time, the result is irrelevant-paying dozens of dollars to win a plush SpongeBob is a fascinating uncertainty that people are willing to call. Can’t stop the claw machine.
The pink economy also promotes the popularity of claw machines. Girls always look forward to the appearance of someone to help her clip her favorite doll. Young men secretly collect doll skills. For them, they come from the admiration and admiration and envy of the opposite sex. It is also the part that needs to be enjoyed in this game. And every Valentine’s Day, the revenue of the crane machine will soar. Except for this commercial seasonal change, the crane machine basically accounts for more than 30% of the revenue every year, nothing big. Changes, but the market is very stable.